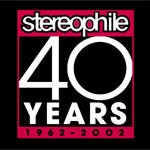 Stereophile review: 1978 (Vol.4 No.3). Highly capacitive, this distinctive-looking Japanese-sourced cable blew up many amplifiers that weren’t unconditionally stable. Nevertheless, it blazed a trail followed first by Bob Fulton, then by Monster, then by countless others.

[98] (tie): Advent 201 & Nakamichi Dragon cassette decks
Stereophile reviews: Advent, Spring 1973 (Vol.3 No.4); Nakamichi, November 1984 (Vol.7 No.6). Henry Kloss’s first attempt to wring high-fidelity performance from a format introduced (as a dictation medium!) a year after Stereophile’s debut was the Advent 200, which combined Dolby-B noise reduction with a Nakamichi transport. But it wasn’t until Kloss replaced the Nakamichi with an industrial mechanism from 3M’s Wollensak division, to make the Model 201, that he was satisfied. The rest is history, culminating in Nakamichi’s own Dragon. As so often is the case, this ultimate statement in the medium was introduced just a few years before the medium’s own death knell was sounded. In the case of the cassette, it was sounded by the digital DAT.
[97]: AR 3A loudspeaker
(No Stereophile review.) It may have been ugly, colored, and with rolled-off highs, but the sealed-box 3A defined the “Boston Sound” and helped establish the American speaker industry. I never liked it, but I can’t ignore it. Pretty much the same drive-units were used in AR’s multidirectional LST, which years later was to inspire Mark Levinson’s Cello speakers. I really didn’t like the LST.
[96]: Crown DC300A power amplifier
Stereophile review: Autumn 1968 (Vol.2 No.10). In hindsight, the Crown sounded like early solid-state. But it was powerful, bombproof, and drove the early days of the progressive rock revolution and what was to become high-end audio.
[95]: Magnum Dynalab FT-101A FM tunerFirst Stereophile review: August 1985 (Vol.8 No.4; also Vol.10 No.3, Vol.13 No.10, Vol.17 No.10). Magnum Dynalab’s more recent MD-108 was the best-sounding FM tuner to come from this Canadian company, but the FT-101A was the tuner that redefined the genre by sticking with analog tuning in a digital world.
[93] (tie): Nagra IV-S & ReVox A77 open-reel analog tape recorders
First Stereophile reviews: Nagra, December 1964 (Vol.1 No.9); ReVox, Autumn 1968 (Vol.2 No.10; also Vol.2 No.12, Vol.3 No.5). The superbly Swiss and superb-sounding Nagra IV-S is in some ways the ultimate analog recorder and is still in widespread use in Hollywood a half-century after Stefan Kudelski launched the first Nagra. The ReVox was made just over the Swiss-German border, in the Black Forest. While its solid-state electronics did not sound as good as the tubes of the preceding G-36, its tape-handling and control ergonomics were to die for, once the scrape flutter had been minimized. The phenolic-paper circuit boards of my Mk.IV are gradually crumbling into dust, but during its lifetime probably more music was recorded on the A-77 than on any other machine.
[92]: Dahlquist DQ-10 loudspeakerStereophile review: Winter 1973 (Vol.3 No.7). The Brits hated the DQ-10 for its superficial resemblance to their beloved Quad electrostatic. But with the first Magnepan and the Infinity Servo-Statik, Jon Dahlquist’s staggered-baffle speaker helped launch the High End in the early 1970s.
[91]: Yamaha NS1000 loudspeakerStereophile review: Winter 1975 (Vol.3 No.11). Back in the days when paper cones were de rigueur (though a handful of British engineers were playing with plastic cones) and designers were starting down the path to trade off reduced coloration against the need for more and more driving volts from the amp, Yamaha introduced the NS1000. It was sensitive, it used a high-tech midrange dome using vapor-deposited beryllium on an aluminum substrate, and it (ahem) kicked major booty! The Yamaha’s major use of technology made many contemporary European and American speaker-makers look more like box-stuffers. I haven’t heard an NS1000 in 20 years, and often wonder how it would measure up in today’s more refined market.
[90]: The Advent Loudspeaker Stereophile review: Spring 1971 (Vol.2 No.12). The late Henry Kloss had the Midas touch: whatever his fancy alighted on turned into sonic gold. In the case of the Advent Loudspeaker, he designed America’s first true high-end dynamic sealed-box loudspeaker. And given that everyone was convinced that good speakers needed to use three drive-units, Henry made do with two. He designed the Advent armed with microphone, voltmeter, oscilloscope, and signal generator, but without—the entire generation of speaker engineers who graduated since the early 1980s will be astonished to learn—a computer. Henry made do with talent and ingenuity.
[89]: Supex SD900 MC phono cartridge Stereophile review: Winter 1973 (Vol.3 No.7). Designed by Japan’s Yoshiaki Sugano, the Supex reintroduced the sonic benefits of the moving-coil cartridge to an audio world dominated by but dissatisfied with moving-magnet designs.
[88]: Acoustic Energy AE1 loudspeakerFirst Stereophile review: September 1988 (Vol.11 No.9; also Vol.15 No.7). Designer Phil Jones may have fed the LS3/5A concept steroids, but the AE1 makes the list because it spearheaded the resurgence of the metal-cone woofer, which acts as a pure piston in its passband. (But outside the passband…)
[87]: Acoustat 2+2 electrostatic loudspeaker Stereophile review: February 1984 (Vol.7 No.2). Between the demise of the KLH 9 and the introduction of the MartinLogan CLS, the Acoustats held high the flag of American electrostatics.

[86]: Jeff Rowland Design Group Concentra integrated amplifier (No Stereophile review.) Jeff Rowland’s products demonstrate that great-sounding audio can involve more than a utilitarian design ethic. I wanted to include one of the JRDG components; John Marks chose the Concentra.

[85]: Vendetta Research SCP-2 phono preamplifierFirst Stereophile review: June 1988 (Vol.11)
[84]: Audio Alchemy Digital Transmission InterfaceFirst Stereophile review: May 1993 (Vol.16 No.5; also Vol.16 No.11, Vol.17 No.7). Given that Barry Blesser’s encyclopedic primer on digital audio in the October 1978 issue of the Journal of the Audio Engineering Society had described the problems due to word-clock jitter, it was a puzzle that it took another 12 years for the audio establishment to acknowledge its existence and to start to address the problem. The DTI was one solution, and a pretty inexpensive one at that. But the one thing we reviewers were never quite sure we could say in public back then, given the record industry’s paranoia over digital taping, was that one reason the DTI lowered jitter, thus improving the sound, was that it stripped from the digital datastream the subcode—which included the SCMS copy-prevention flag.

[83]: Janis W-1 subwoofer(No Stereophile review.) For years the coffee-table-esque Janis had the tiny high-end subwoofer market to itself. Then along came Velodyne and all the other major low-bass players. But John Marovkis and Janis were there first.

[81]: PSB Alpha loudspeakerFirst Stereophile review: July 1992 (Vol.15 No.7; also Vol.17 No.1, Vol.23 No.4, Vol.25 No.5). Canadian Paul Barton has designed bigger speakers and he has designed better speakers, but none of those has offered so much sound for so little money as the Alpha in all its guises—or, with more than 50,000 sold, has benefited so many people.

[80]: Digital Audio Labs CardDeluxe PC soundcardStereophile review: September 2000 (Vol.23 No.9). The first component to enable a computer to be used as a true high-end source component.
[79]: Thorens TD124 turntableStereophile review: January 1963 (Vol.1 No.3). The first European answer to the AR turntable, the TD124 spawned a dynasty of excellent ‘tables that, like the AR, were let down by their tonearms. The more basic TD150, mounted with an SME arm, was about as good as you could get for LP playback before Ivor Tiefenbrun reinvented the belt-drive/suspended-subchassis concept in the 1970s as the Linn Sondek LP12.

[78]: Quicksilver MX-190 monoblock power amplifierFirst Stereophile review: June 1984 (Vol.7 No.3; also Vol.8 Nos.2 & 4). “This amplifier, in an underground way, helped lead the resurgence of tube gear in the dark days of the early 1980s,” says Sam Tellig. Many, if not most, of the units sold are said to be still in use (although owners may have had to convert from the original 8417 output tube to the EL34).

[77]: Dynavector Karat DV-17D MC phono cartridgeFirst Stereophile review: October 1982 (Vol.5 No.8; also Vol.6 No.1, Vol.7 No.8, Vol.8 No.1, Vol.10 No.5). With its short, rigid diamond cantilever, the late Dr. Tominari’s masterpiece produced an astonishingly transparent view into the recorded soundstage while making almost impossible demands of the rest of the playback system. But when the planets aligned…[76]: Hafler DH-200 power amplifierStereophile review: November 1983 (Vol.6 No.5). With this high-powered kit, David Hafler attempted to do for solid-state amplifiers what he’d already done for tubed designs with the Dynaco Stereo 70. He almost succeeded—the DH-200 proved an excellent platform for almost unlimited tweaking (called “Poogeing” by cognoscenti). Still in production 20 years later from Smart Devices, who have added a small-signal tube!

[75]: Spica TC50 loudspeakerFirst Stereophile review: February 1984 (Vol.7 No.2; also Vol.9 No.5, Vol.11 No.1, Vol.12 No.10, Vol.14 No.10). John Bau’s ugly ducking of a time-aligned two-way miniature showed that great sound could be produced from a speaker without the designer having to throw unlimited sums of money at the problems.