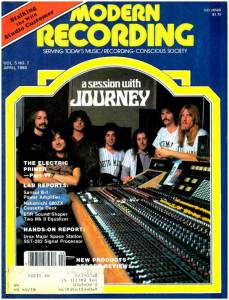 Peak-power meters monitor the output on each channel. Meter scales provide dB and wattage readings, with “zero dB” representing 250 watts for 8- ohm loads. With other load values, the indicated wattage reading must be mentally changed. That is, 4- ohm loads double the wattage scale; 16 -ohm loads halve it.

A peak-hold switch may be used to keep the peak reading on the scale for about 15 minutes. Below each meter is an input level control for that channel. Between the meters are individual channel overload indicators, a thermal indicator and an indicator for the built -in two -speed fan. This fan will come on auto- matically at a given temperature level. In addition, it may be turned on manually at any time by a switch on the front panel.

Additional front-panel features include a switch to activate a subsonic filter; a speaker selector switch that chooses one or both pairs of speakers that are con- nected at the rear; and the power off /on switch. Associated with the power switch is an indicator that blinks when the amplifier is first turned on and then glows steadily. In the event of a malfunction, a short in the output load, or DC voltages appearing in the output, this indicator will start to blink again.

Each channel also has a “DC /AC” switch that permits the Model B -1 to operate either as a direct – coupled amplifier, or with the necessary coupling capacitors in the input stages that would block any DC voltages present in the input signal. Each channel also has its own grounding terminal. Centered between the two connector areas is a metal screen that covers the fan. The amplifier’s power cord is fitted with a three – prong grounding plug.

Test Results: In our lab tests, the Sansui B -1 easily met or exceeded its published specifications. Power output went well above rated output for rated distor- tion, while distortion for rated output was lower than claimed. One of Sansui’s specs is for TIM (transient intermodulation distortion), for which Sansui has developed its own method of measuring. It differs from the so -called Otalla method that has become popular with several manufacturers. While TIM is not included in our “Vital Statistics” chart, our lab is equipped to measure it using the Sansui method. On the individual data sheet enclosed with our test sample, TIM was listed as 0.0100 percent and 0.0088 percent for left and right channels, respectively. Our results were amazingly close, with readings of 0.0100 percent and 0.0093 percent for left and right channels, respectively.

The subsonic filter, activated by the front -panel switch, had its 3 -dB cutoff point set precisely at 20 Hz. This option is a nice touch, over and above the action of the “DC /AC” switches at the rear. Combined with the other safety and self -ventilating features built into the amplifier, it should assure against various possible bugs or subsonic garbage interfering with normal operation.

Individual Comment by L.F.: A few issues back, I devoted my “Ambient Sound” column to the subject of “professional” versus “hi fi” audio equipment, trying to point out some of the subtle design philos- ophy differences between the two classes of equip- ment. Sansui’s B -1 amplifier makes an excellent illus- tration of those differences, because it arrived just a few weeks after I had checked out another Sansui amplifier, the model BA -F1, intended strictly for home audiophile use.

Both units take full advantage of Sansui’s latest thinking about “high- speed” amplifier circuitry, fast rise time and high slew rate. Both amplifiers employ what Sansui calls its “Diamond Differential DC” output circuit which is one approach to minimizing TIM and achieving a high slew rate -better than 200 volts per microsecond -for both amplifiers. The “Dia- mond Differential DC” circuit is designed to insure that there always is adequate current at the input circuitry, no matter how demanding or pulsive the input signal. With early -stage clipping virtually non- existent, TIM is reduced to nearly unmeasurable values.

Getting back to differences between hi -fi and pro amplifiers as exemplified by the Sansui BA -F1 and the B -1, it should be noted that the B -1 is a much -higher powered amplifier than the other. As such, it requires a cooling fan. This quiet two -speed fan will operate automatically as needed or it can be turned on manually -a nice touch that I have not seen before. In our tests the fan never went into high speed of its own accord, probably because our bench afforded more ventilation than the amplifier would likely have when installed in a professional sound system.

The rear panel inputs, instead of using RCA pin – jacks, consist of phone -jacks in parallel with XLR con- nectors, so that either type of plug may be used for interfacing. Do not make the mistake, however, of assuming that you can make either balanced or unbalanced connections here. In the three -pin XLR connectors, pins 1 and 2 are wired together and to chassis ground, while only pin 3 goes to the “hot” side of the input circuit. Input impedance measured around 20 K ohms, unbalanced, as specified in the manual.

An internal view of the B -1 amplifier is shown in the accompanying photo. The unit is a heavyweight, no doubt about that. Still, the listening tests confirm what I said in that earlier column: the mere fact that an amplifier is externally configured for professional applications does not mean that it need sacrifice sonic purity, or any of the new -found circuit advances that are presumed by many to be confined to high -fidelity applications. External differences aside, the difference in sound quality between the earlier- tested BA -F1 “hi fi” amplifier, and the present model (aside from about 3 dB more power output from the B -1) are indeed trivial. As for that 3 dB higher, or “double- power” rating, it all works out in the pricing, inasmuch as the B -1 costs almost twice as much as the “hi fi” BA -Fl made by the same company.

Individual Comment by N.E.: I think what we have here is an amplifier that started out as a “super audiophile” unit and then was beefed up in terms of power output, and fitted with certain trappings designed to appeal to the professional user. Let’s see -the XLR input sockets will accept a balanced line from another source but they convert it to an unbalanced input. In many instances, you might just do that yourself, and so in that regard, the 3 -pin con- nectors on the chassis are at least a convenience. But if your particular setup is such that you need full balanced inputs right into the amplifier, this unit will not do it.

The speaker output connectors are screw -on posts with holes for poking stripped leads, but they are not the “5 -way binding posts” usually found on pro amps and they will not accept the standard banana -plug type of connector.

The “70.7- volt” feature is a convenience in hooking up to an external transformer that itself will supply the 70.7 volt output to drive many speakers down the line. But that specific output is not provided by the amplifier itself. The “70.7- volt” terminals are simply wired in parallel to the regular speaker outputs and chassis ground. Which means of course that even without those terminals you could, if you wanted to, connect a requisite transformer to the normal speaker outputs and get your 70.7 -volt operation. And by the same token, you could do this with just about any normal, respectably functioning power amplifier. What Sansui has done here is make that hookup more convenient, and take the guesswork out of choosing the proper 70.7 -volt transformer for use with a particular amplifier.

There is no provision evident in the B -1 for combining the two channels to create a super- powered mono amplifier, and the instructions caution against using loads lower than 4 ohms. Both of these options we have seen in other “pro” amps. So whether the Sansui B -1 is only flirting with the professional sound man, or really means business on his terms, is perhaps a debatable question that is best answered by the individual prospective purchaser, based on his needs. Whatever, and very much in favor of the B -1, is its utterly clean sound, its ample power reserves, and the ample provisions built into it for safe and reliable operation.